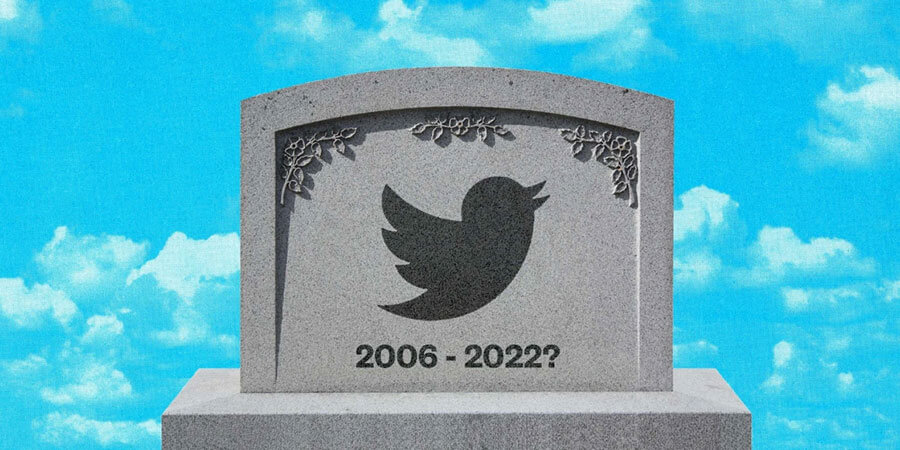 I took a break from Twitter when Musk took over and quickly laid off thousands of staff via email.

I didn’t think that even he could do so much damage so quickly.

I was one of the very early users of Twitter as it took off in the web design community.

I’ve made friends through Twitter that have become friends IRL.

Twitter was key to early success of Milton Keynes Geek Night, with our Twitter friends becoming a little black book of fabulous speakers.

I’ve watched as many of those friends have ebbed away from Twitter, some to other platforms and some away from social media completely.

It was a quieter place, but it was a place that still held a special place in my heart.

Which is why seeing it brought to its knees by Elon Musk has been difficult to watch.

I hope that if or when Musk finally breaks Twitter somebody better buys that code and brings back the community.

When Prince died in 2016 one performance more than any other was shared online, and surprisingly it wasn’t one of Prince’s own songs.

In 2004 Prince joined Tom Petty, Jeff Lynne and Dahni Harrison in a once in a lifetime performance of While My Guitar Gently Weeps, to commemorate George Harrison’s induction into the Rock and Roll Hall of Fame.

Prince nearly didn’t play as Harrison’s widow Olivia originally wanted only performers that had known George to perform. Olivia was convinced by Tom Petty to let Prince play and boy did Prince play, transforming the song completely and wonderfully.

I love this performance, and I love it even more now having stumbled across the comment below on YouTube, which explains exactly why Prince stole the show in the way only Prince could.

A good friend of mine was P’s Guitar Tech for some years around this time and was working this very show. He was told that when he caught the guitar at the end, he was to give it to Oprah Winfrey. (In the original broadcast it cut to her looking bemused and astounded.) It DID come back down people…LOL

There was just one rehearsal the night before the show proper, and Marc Mann basically ran riot over the two spots Prince was originally asked to take (middle and end solos). Despite concerns and apologies from the Production team, he was nothing but gracious about it, and told them not to worry and it would all work out fine. As we know, it did – and then some.

As for talk of Petty being pissed at him, not true. Yes, there’s one camera shot that seems like Petty looks annoyed, but not so. Watch closely, and in the next few bars they’re both smiling and nodding at each other, knowing this is “a moment” that should be relished as they were all in the zone doing George’s song such beautiful justice.

Finally, regarding the “showboating” that some people talk of, Prince was actually a major practical joker. Earlier that night, he noticed Dhani seemed in a somber mood – whether it was the occasion, thinking of his Father or both, Prince told him that he was going to make it his mission to put a smile on his face by the end of the evening. So when you see Prince fall backwards off the stage into the brace of his bodyguard, if you watch, you’ll see Dhani burst out laughing. That moment was for him. Nobody else.

Amongst everything else going on that evening, and during the middle of a performance like that, Prince wanted to lift someone up. THAT’S what that whole thing is about.

The Return Of The KLF 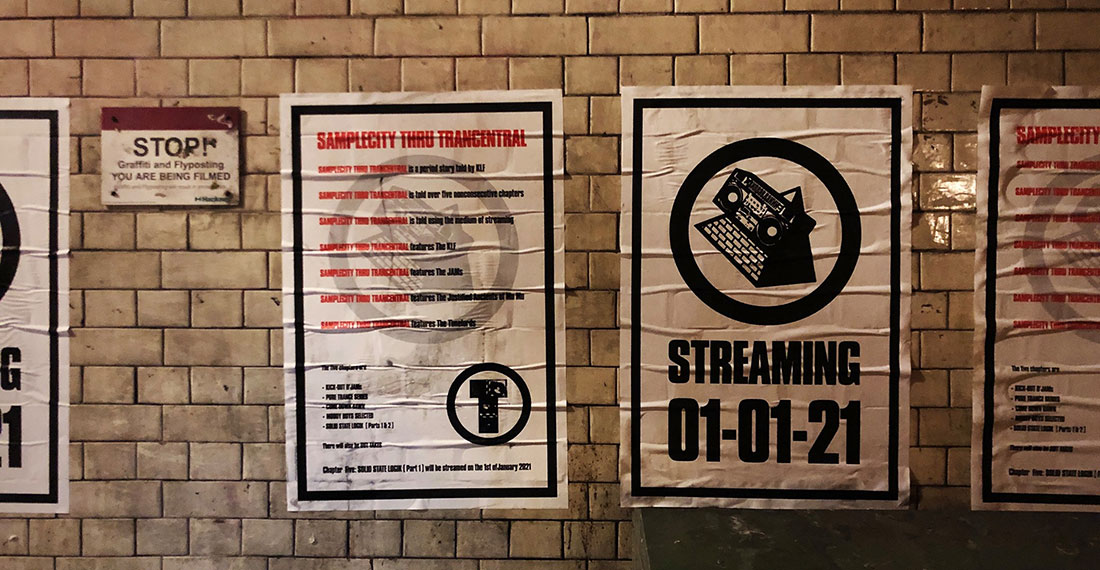 In December 2020 fly posters appeared in Shoreditch London, announcing the return of The KLF.

Solid State Logik 1, was released onto streaming platforms and YouTube on January 1st 2021 and is the closest release yet to a greatest hits.

I love that Solid State Logik 1 ends with their legendary, and previously unreleased, BRITs performance of 3AM Eternal with Extreme Noise Terror, which concluded with a voice announcing “ladies and gentlemen the KLF have left the music business”.

After the BRITs the KLF deleted their entire catalogue of music which is why their long overdue return is big news to fans like me. 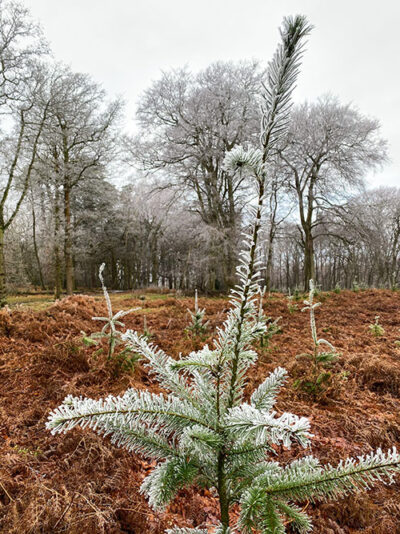 Last weekend I was about to post some photos from a frosty forest walk onto Instagram and paused as I was pondering the best tags to add to ‘drive engagement’.

I remembered a commitment I’d made to myself over Christmas – to consume mindfully, to create more and to own the content I create. I stopped uploading the pictures and removed Instagram from my phone once again.

I’ve often spoken about missing the heyday of personal blogs, before social media became peoples primary outlet online. I’ve been meaning to dust of this blog for months and was genuinely surprised to see my last post was published 9 months ago.

I’ve been inspired to do so but what feels like a mini blogging renaissance amongst my friends with veritable flood of posts from Al, Andrew and Christian.

I’m looking forward to once again sharing thoughts, photos and ‘found things’ via my personal site. Good to see you again.

Stirling Moss sadly passed away today aged 90. I was lucky enough to see Moss drive at a number of classic events over the years, but I’ll never forget seeing him race at the 1999 Goodwood Revival meeting. 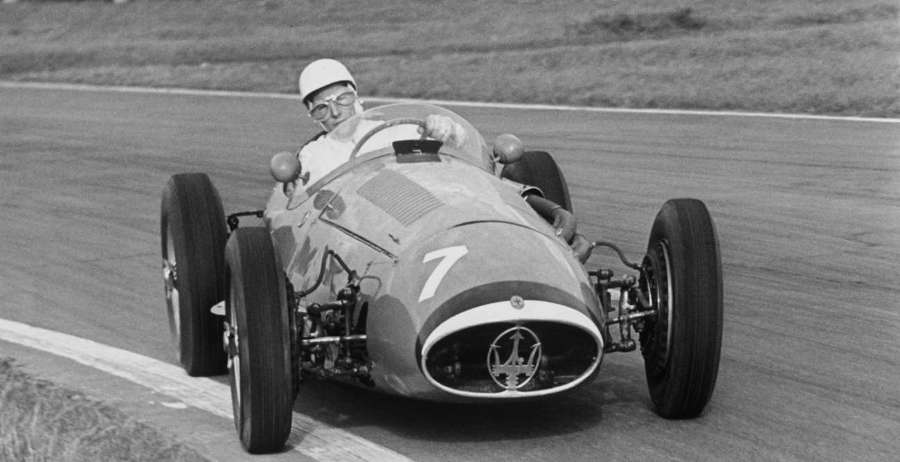 In the early days of the Revival, before the grandstands were built, you could stand much closer to the track; we were huddled at Lavant, sheltering from the persistent rain behind a wall of umbrellas resembling a Roman Legion advancing behind their shields.

A bright red Maserati 250F appeared out of the spray and mist and glided through the corner in a perfect four wheel drift – it was Moss driving his race winning car from 1956.

Moss was in his seventies but his car control was still sublime and the open cockpit allowed us to see every little input, lap after lap. Moss was driving with finger tip delicacy, it was extraordinary to see and a memory I cherish even more today.