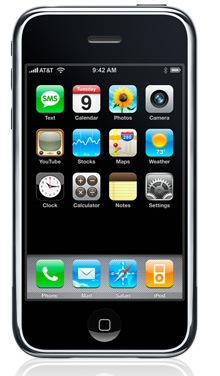 There has been much speculation and rumour over which mobile networks would “win” the iPhone in Europe and now the Financial Times is reporting that O2 has won the deal to sell the iPhone in the UK.

Not one for rumour mongering (ahem) I’ve not commented before on the rumours, but this ‘feels’ right – as much because of the other elements of the deal that the FT is reporting. If what the FT is reporting is true, then Apple has succeeded in changing the nature of the mobile business in Europe. It would seem that Apple has negotiated to receive 10% of call and message revenue form iPhone users and that the iPhone it self will not be subsidised or discounted.

Orange has the iPhone in France and T-Mobile in Germany, which pleases me because so many people assumed that Vodafone as the largest network would would win the iPhone. Trust me, a Vodafone iPhone would have been a very, very bad thing indeed.

So we wait for the end of August to see if this, the latest rumour, is in fact true, and if so we start checking the dates of our O2 contracts – did I mention I’m on O2?