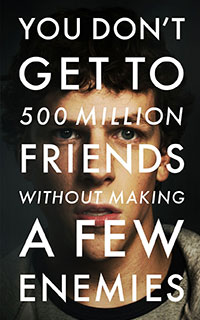 The Social Network is the recent film from David Fincher about the founding of Facebook.

Tim Van Damme recommended the soundtrack on Twitter, and at $5 – yes $5 – it seemed a veritable bargain; quick preview confirmed that to be so.

It’s a dark suite of electronica, which having since seen the film doesn’t quite fit at times, but somehow that works for this film – possibly due to the quality of the music in its own right.

I particularly like the version of In The Hall Of The Mountain King which accompanies a tilt-shift view of Henley Regatta in the film.