I’ve decided to conduct an experiment; I’ve decided to see how I get on not using using an RSS reader or following my multitude of RSS feeds for one week. 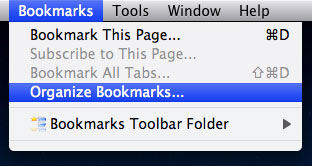 I’ve always read and followed a large number of websites for both professional and personal edification and RSS, being created for this very task, seemed to make to make it much easier. However, of late, I’ve come to think that perhaps that isn’t the case.

Adding another feed to your RSS reader takes mere seconds but trying to keep up with the volume of posts across the raft of feeds quickly becomes self-defeating. The object for my using RSS was to enable me to keep up with sites of interest, but it’s become clear that I am missing items of value due to the sheer volume of feeds in my river of news.

So, today I start a week without RSS – an RSS diet and a crash diet at that. Rather than use my RSS reader I’m following a friends model; using a series of bookmark groups or themes on my browser and have populated those groups with key sites I want to read. My intention is to check and read the sites once or twice a day rather than what was feeling like almost constant checking of Google Reader. Although at times that has been as much about countering boredom as keeping up with the news…

I’ll be reporting on my week without RSS here so make sure to check back soon.

In the mean time what is your approach? Bookmarks or RSS?