Fire Up The Quattro!

I loved the BBC TV series Life on Mars with it’s wonderful blend of psychological drama, 70s “style”, classic British cops and robbers, a brilliant soundtrack and of course the introduction of the now legendary Gene Hunt. 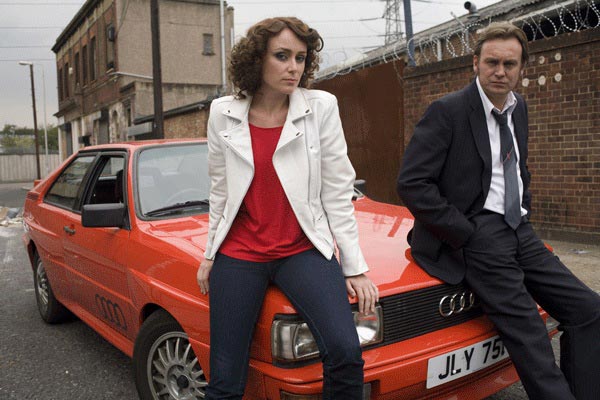 When I heard there would be a spin off from Life on Mars called Ashes to Ashes (do you see a theme here?) I will admit to being a little concerned as so often spin offs and second series are little more than a good idea stretched too far.

But as I heard more about the new series I began to relax and to really look forward to it arriving upon my TV screen tonight.

I wasn’t disappointed – it was great.

Ashes to Ashes sees a female Police psychologist Alex Drake from 2008, transported back to 1981 pre-Docklands London where she comes face to face with Gene Hunt and his sidekicks Ray and Chris, “characters” she knows from the notes left by Sam Tyler at the end of Life on Mars.

An interesting premise that I expect to develop as the series progresses.

Gene Hunt is as wonderfully politically incorrect as in Life on Mars but he seems to sense his days are numbered, as the Police force awaits the Scarman Report and already seems to be exhibiting a slightly softer edge of course that may just be that’s because Alex is a “fit bird”.

Being set in the 80s, Ashes to Ashes promises to have a soundtrack that will eclipse that of Life on Mars, at least from my perspective as an 80s teenager and fan of electronic music.

Another improvement is that Gene’s Ford Cortina from 1973 has been replaced in 1981 with an Audi Quattro – a car I’ve lusted after since the 80s.

Which leads us neatly to the best line in the first episode and soon to be immortal phrase: “Fire up the Quattro!”

A quick search for which reveals a badge for sale on eBay (already?) and you know what I have to admit I’m tempted…