I deliberately omitted one of the biggest highlights of last year from my 2012 post as it deserves a post all of its own. When Richard and I launched MK Geek Night I don’t think either of us honestly expected it would grow as quickly as it has. We went from the idea of a few local web types meeting in a pub, to an evening event with speakers and sponsors.

We’ve been overwhelmed by the support we’ve had from the web community; almost every speaker we’ve approached has happily agreed to speak, and we aren’t taking no for an answer from the other two…

We were blown away when Jon Hicks and Brendan Dawes, two of our favourite speakers, agreed to speak at the inaugural MK Geek Night. 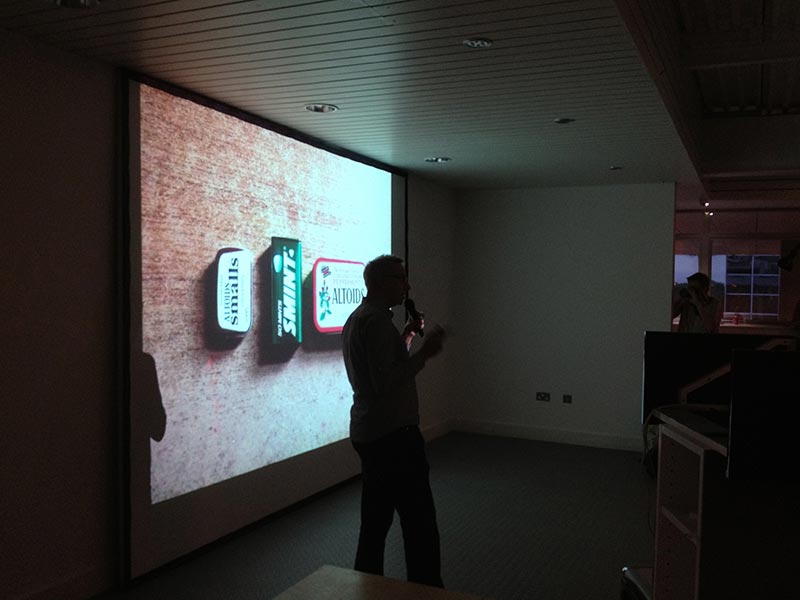 Our fabulous venue, The Buszy, can hold 200 people, I’d said if we had 100 attendees I’d be happy. In the end yet we came incredibly close to selling out that first event.

The evening went very well, and the feedback we had from attendees was great – we just needed more seats and better beer.

For the second MK Geek Night we secured two of the tallest men in web design in Cole Henley and Ben Bodien.

We had more seats and better beer and we sold out!

We also had an evening of audio problems apparently caused by the sheer volume of bodies in the room, but even with the audio gremlins we had another great night.

The first MK Geek Night Christmas Special sold out in days; we even had our sponsor Heart Internet offer tickets as a competition prize.

We had two fabulous speakers in Aral Balkan and Dave Addey, who stood in at a days notice for Sarah Parmenter who was unable to to make it, but promises to join us in 2013.

This time we had professional quality audio after a bunch of lovely chaps got in touch and offered their services for free – did I mention how much I love our community? The added bonus is that we now have recordings of the talk that we will be releasing as podcasts – soon.

As if our incredible Christmas Special wasn’t enough of a high to end 2012 on we released tickets for MKGN #4 the following day and they sold out in eight hours. Eight hours!

2013 is looking like an even bigger year for MK Geek Night. We have incredible speakers lined up right the way through to the 2013 Christmas Special, and we have continuing support from our marvellous sponsors.

But most importantly MK Geek Night has developed its own community and its own momentum, and I’m happy and proud to be part of the team that guides that momentum.